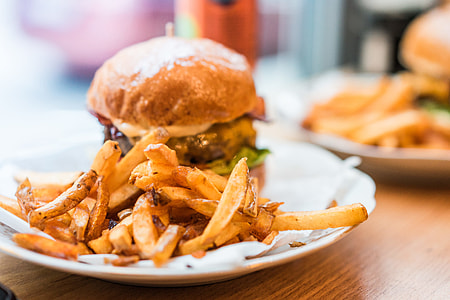 The Prime Minister, Boris Johnson, has declared a u-turn on ‘nanny-state’ interventionism with regard to health policy and battling obesity. The PM Long-opposed to the sugar-tax, he ran his Conservative party leadership campaign on the promise of reviewing such policies, yet, COVID-19 has forced him to review such declarations.

Health experts have warned that obesity is the second most influential characteristic behind only age in Coronavirus deaths. The PM himself, forced into hospital with the virus, has privately admitted that his weight was a contributing factor. More widely, obesity has quickly emerged as a public health crisis, affecting 1 in every 4 adults, quite astonishingly over 60% of adults being categorised as overweight.

The economic impact is understandably large as well, with the costs to wider society predicted to reach nearly £50 billion a year by 2050, the cost to the NHS by then is expected to be at 20% of that level. This comes despite the threats and warnings to personal health, with obesity linked to numerous forms of cancer, as well as liver and kidney disease.

Johnson has consistently been opposed to sin-taxes yet the Sugar Tax, introduced by Theresa May, aimed at reducing the amounts of sugar in soft drinks, has been successful in doing so. The tax was introduced with the logic of reducing the strain on the NHS, with Public Health England claiming that it would save £15 billion and 80,000 lives over a generation. Sugar content in soft-drinks has been reduced by 28.8% since its introduction.

However, The sugar-tax disproportionately affects poorer individuals in society, blanket fiscal responses, such as VAT, are in their nature regressive. With spending on food as a proportion of income much higher amongst the poorest 10%, than the richest 10% in the U.K. according to the Joseph Rowntree Foundation. Furthermore, poorer people are more likely to experience ill-health and have unhealthy diets, the effects of this are wide-reaching, poorer people are more likely to have to take unpaid leave, for example. Hence, further taxation on a wider-selection of confectionary products may not be appropriate, and the current legislative framework favours innovative policy-making anyhow.

Instead, the government should perhaps look to subsidise certain food types. The case for a subsidy derives from a recent report that found to follow Public Health England’s guidance on a healthy and balanced diet, that the poorest 50% of households would need to spend 30% of their monthly income on food. In comparison, Britain’s average spend on food is currently around 8%, for the poorest 10% of households.

A general subsidy on healthier foods to allow poorer households to eat a healthy diet would suffer a similar defect as further taxation, insofar as it would all citizens receiving cheaper food, coming at great expense to Government budgets.

However, consider if it were engineered around a Gousto or any other subscription-based meal service, which provides both ingredients and recipes.

During the Covid-19 crisis, Gousto recently launched a standardised box containing 4 meals that feed 4 people, for £36 a week. Not only is such a box affordable, but it is also nutritious and reduces the barrier to information that poorer people face, being less likely to have access to the internet. Collaboration with the private sector might be activated through subsidised boxes which may be used within the current universal credit system, with claimants being given access to codes on a weekly basis, for example.

The argument that this would create a stigma are valid, the shaming of welfare dependency has become common-place, and as a friend’s recent dissertation argued, such a narrative was driven and entrenched by New Labour. More recently, the Tories have presided over austerity politics and the phrase that the best route out of politics is work. However, this line of argument ultimately faces a trade-off, either you continue to allow people to use food banks which is in itself stigmatized enough, or you try to introduce a policy with both individual and wider societal benefits.

Similar policy-solutions have been seen in Italy, with the Coop Supermarket making weekly food boxes available for low-income individuals and families, closer to home, Aldi has launched an essential food box which can be delivered by Deliveroo.

However, another area of focus for legislation could be some that shapes consumer habits by altering what poorer households are exposed to via advertising. The World Health Organisation and UNICEF recently called for a legally binding protocol that would ban fast food and high sugar brands from marketing their products to children.

The idea has proponents in the British Government, and amongst the opposition, and would see the prohibition of adverts of the sorts shown on TV before 21:00. For example, a study into American spending habits showed the following correlation, with those exposed to food advertising chose 28% more unhealthy snacks than those exposed to non-food-advertising. Quebec banned fast-food advertising to children on TV, electronic and print media in 1980, and now the province has the lowest incidence of childhood obesity in Canada. A later study showed ban cut money spent on fast food in Quebec by 13 per cent per week and meant children consumed between 2.2 billion to 4.4 billion fewer calories per year.

It’s clear then, that any policy-solution needs to be far-ranging and will need consideration of a variety of the aforementioned issues. Fast food is still and will still be more convenient, people working 50 hours a week don’t have the luxury of being selective.

It points to a wider problem, that you can’t solve the obesity crisis without solving inequality, unhealthy food is a class issue. In that sense, many of the issues alluded to by those on the left are intrinsically linked to obesity, too, as a report by the British Medical Journal has shown, obesity is linked to social disadvantage. It leaves us with the idea that we can innovate all we please, but it is increasingly clear that obesity can’t be dealt with in isolation, economic measures are necessary to combat the growing problem.

Policy in this sector must give people time to cook and prepare meals, likewise, it needs the private sector to be part of the solution, rather than the problem, but that seems to go against their explicit business interests. Reconciling these issues will require skilled policy-making, but executed well, it will lead to a legacy of better-health.