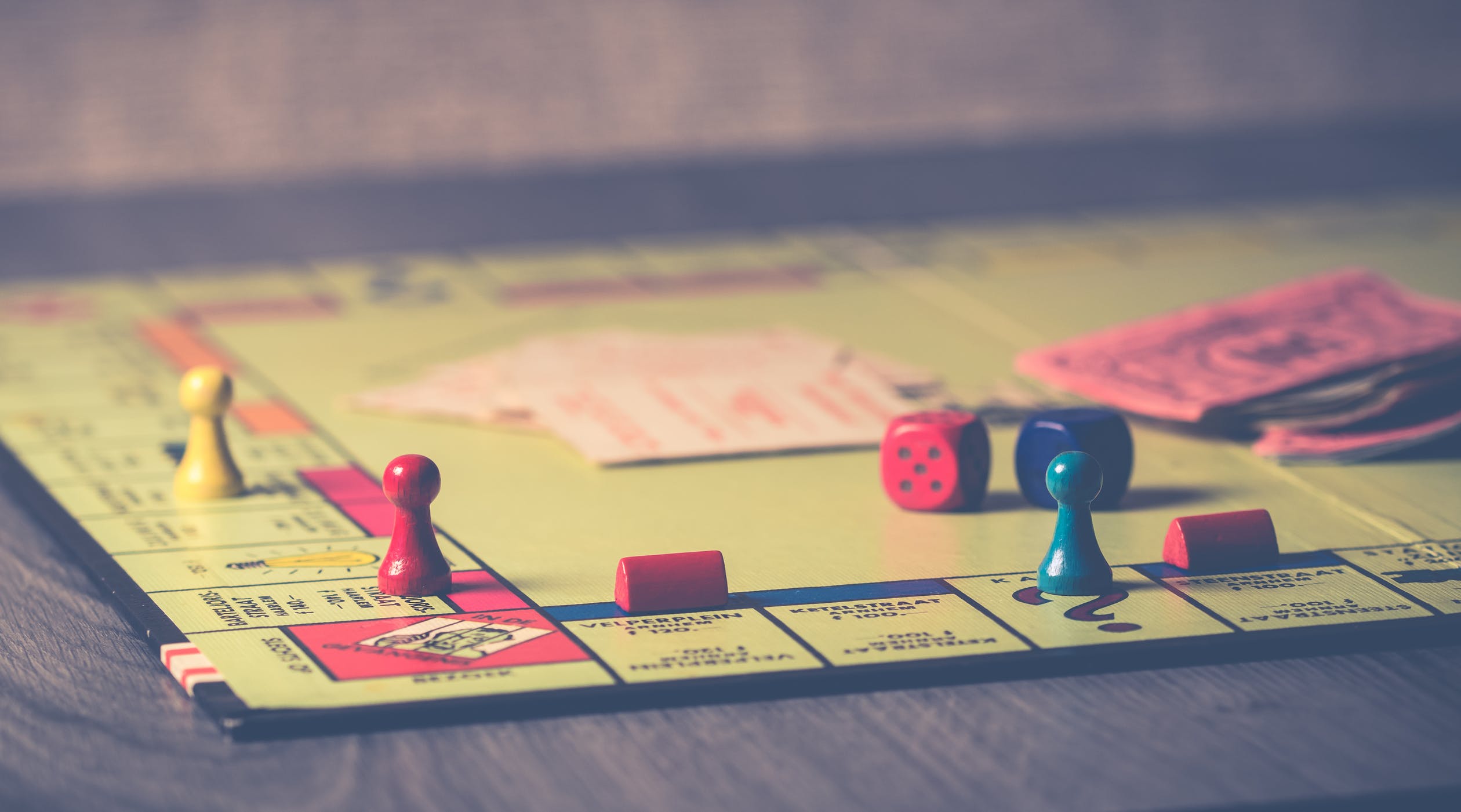 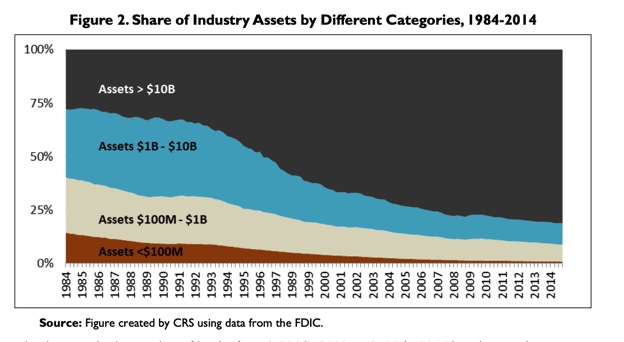 The 2008 financial crisis was a wake-up call that made it abundantly clear to everyone just how big the problem of “too-big-to-fail” banks was. The reasoning is very straight-forward – when there is a lot of small banks, a failure of a bank can be absorbed relatively painlessly. If, instead, the system consists of a few large banks, one of them failing can send the entire global economy into chaos.

The reaction to the crisis, however, made matters worse, for two main reasons:

Indeed, between 2008 – 2016 the market share of the five largest banks in the US grew from 45% to 47%, while in the EU, the largest five banks saw an increase from 44% to 48%. 2016 also saw the US economy reach a worrying milestone – for the first time in history, banks with over $250 billion in assets accounted for over half of the industry assets. Meanwhile the number of small banks has declined dramatically –  in the ten years following 2009, the EU saw the number of small banks decline by 37% and the US by 35%.

The regulatory burden is a driver of consolidation

The logic of regulation burdening the small banks the most is very simple – if a bank has to fill out 100 more forms for the regulators, it is a bigger problem for a bank that has 100 employees than it is for a bank with 1000 employees. A study from 2014 showed that the costs of compliance with regulations for US banks with under $100 million in assets was 8.7% of their non-interest expenses, while for banks that had $1-10 billion dollars in assets, the costs were 2.9%. Similar research from the EU has come to the same conclusion.

This does not only shrink the number of existing small banks, it makes it harder for people to set up new ones. After the Dodd-Frank financial regulations were put in place in 2010, it took almost three years until a single new bank was founded in the United States. This also suggests that technology is not the key driver of consolidation, as there was no technological invention that could explain such a sudden and drastic drop in the number of new banks established. The chart below shows just how dramatic the change has been. 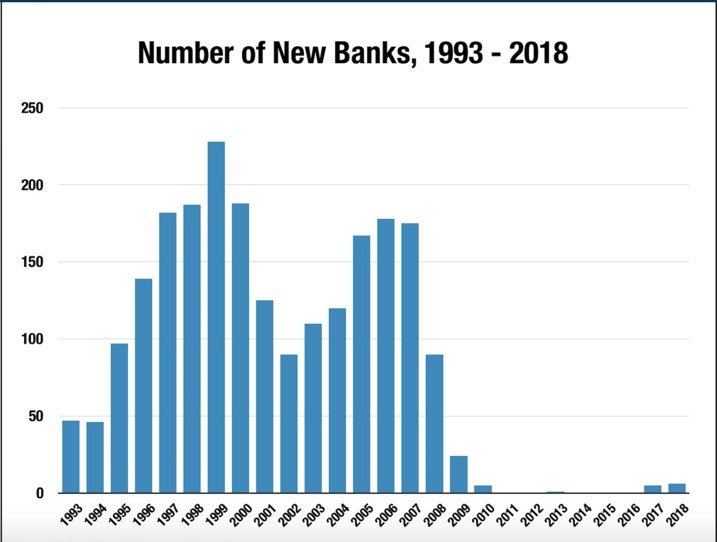 When small banks consolidate, it leads to consolidation in the wider economy, by disproportionally hurting small businesses. While banks with under $10 billion in assets account for around 12% of all industry assets, they provide 41% of small business loans. Their local knowledge and long term relationships with borrowers has been shown to stem losses during downturns. In other words, small banks stick with their borrowers during tough times. Not only do they provide more funding to small businesses, they do it better. Small businesses that borrow from small banks have around 73% satisfaction rate with their lender, compared to 55% for big banks and 33% for online lenders.

As a recent example of their benefits, a new report shows that the US federal relief loans (issued as a response to the Covid-19 crisis) reached small businesses better in states with less concentrated banking sector.

The consolidation also means that economic prosperity becomes more regionally concentrated. Research suggests that when small local banks are acquired by another bank, the funding available for small businesses in the area declines, especially if the acquiring bank is a big one.

The last century saw the emergence of progressive income taxation. It has become widely accepted that those on the smallest incomes should bear the smallest proportional burden of taxation. However, the same political forces that have pushed for progressive taxation have often simultaneously enforced a countervailing system of regulation that has the opposite effect of burdening the smallest businesses the most. Fortunately in the last few years there has been a growing interest towards solving this issue within Basel (the primary global standard setter for the regulation of banks), which has led to positive policy changes in both the EU and the US. Momentum is building across the Atlantic and political spectrum, from the Socialists & Democrats group in the European Parliament to the Trump administration in the US.

The political discourse on regulation is often simplified into a debate between more or less regulation – with the left associated with more, and the right associated with less regulation. We should move beyond this debate and build a new consensus around proportional regulation. Not only would it be a good economic policy, but it could have widespread support among the voters. For those leaning towards the right, it means that the regulatory burden would be reduced for the vast majority of businesses, enabling new businesses to be launched with less hassle, whilst making competition between businesses fairer. For those leaning left, it would be the expansion of the principles of progressive taxation into the realm of the regulatory system.