Home News Other The 9 Political Tribes Of Chinese Social Media

Nine Visions of a China Dream

The Communist Party of China’s (CCP) program under Xi Jinping has centred around crafting a unified national ideology, a ‘China Dream’ to strengthen the country’s global standing and encourage cooperation between themselves and the Chinese people. The financial crisis, Brexit and the election of Donald Trump have made finding an alternative ‘China Path’ more pressing, as notions of liberal democracy and market capitalism have lost popularity across the world.

Nevertheless, despite Xi’s desire to find consensus and an increasingly repressive approach towards dissent, a plurality of ideological clusters have made themselves apparent on Chinese cyberspace. Researchers at the Mercator Institute for China Studies (MERICS) studied different political views across Chinese social media and surveyed over 1,550 members of the Chinese online population. Despite censorship, a variety of different ideological clusters surfaced in the report. Since 2017, when this research was undertaken, Xi has targeted online discourse a great deal more and made similar research impossible.

Even though we must account for the CPP’s influence, this research allows us to patch together China’s ideological fabric. Nine political groupings present themselves, ranging across the spectrum.

One of the biggest political groups in China, nearly 10% of the country is a member of the party and plenty more support it besides. These people are ride-or-die for the CCP, and tend to support it on every major policy decision, as well as buying wholesale into Xi’s ‘China Path’. Party Warriors tend to think of themselves as ‘rational patriots’, who equate their love of country for a love of the Party.

Clearly, this group are very important to the Party and the maintenance of their power. A distinction has had to be made between those who voluntarily support the Party (‘the Volunteer Army’), and those that are either coerced or paid to support them (‘the Fifty Cent Army’). 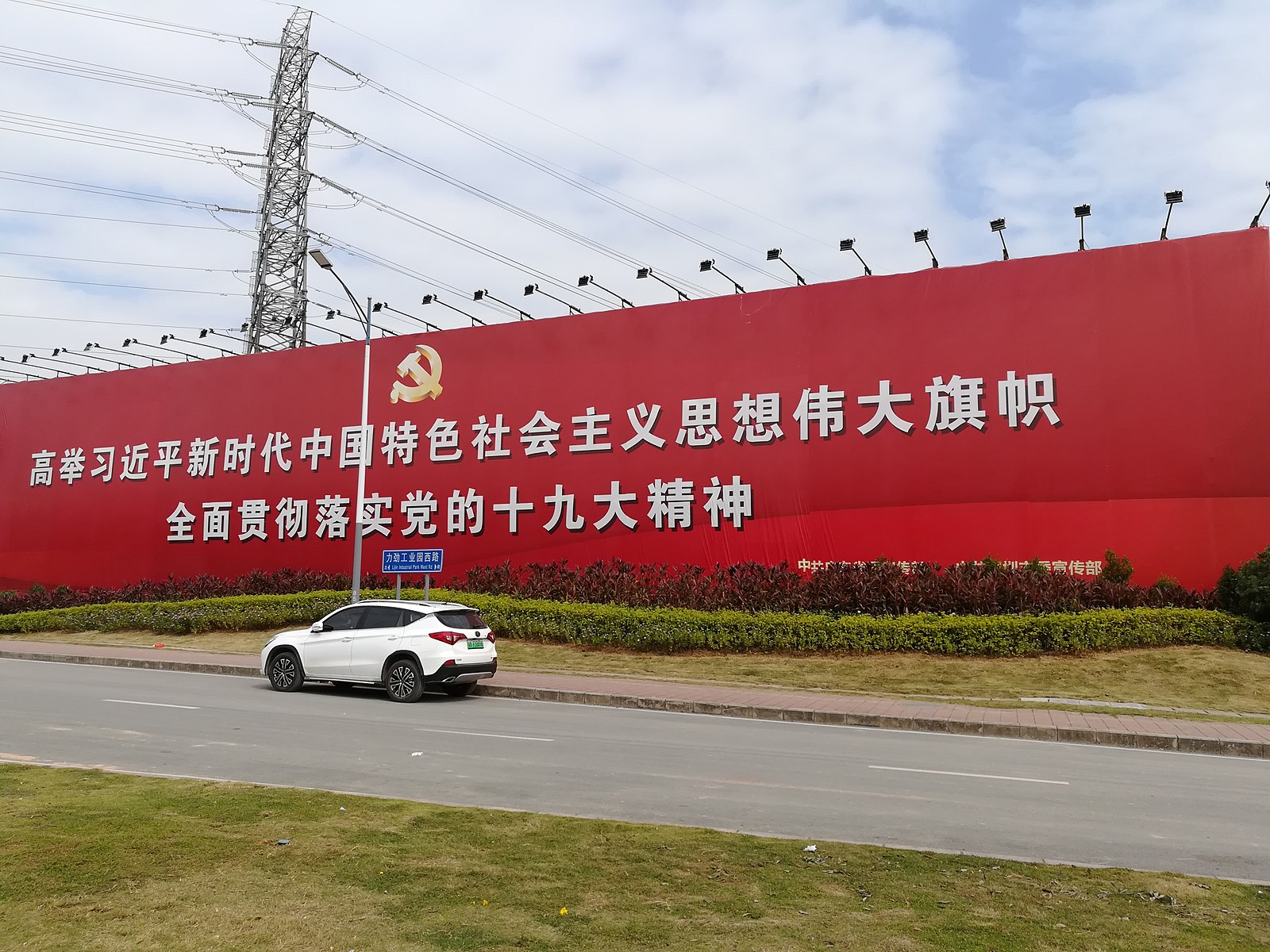 This group is an uneasy alliance between disparate political ideas united by one trait: aggressive nationalism. Some of this group is comprised of middle-aged Maoists, some are young people, mostly students, reacting to challenges to China’s global ascension – the rest is what is left of Chinese fascism.

Fascism in China has been broadly absent from public discourse since Mao’s Communist forces defeated the nationalist leader, Chiang Kai-shek, in the 1949 culmination of the Chinese Civil War. Chinese fascism can be broadly characterised as an appreciation of authoritarian government, a strong military and an ethnocentric or racist worldview, as well as an ambivalent or negative opinion of socialism. What is left of Chinese fascism tends to gravitate towards this varied grouping.

The young, tech-savvy, educated wing of this political grouping made themselves infamous through spamming the Taiwanese president’s social media accounts with nationalistic slogans. Respondents to MERICS’ survey noted that many of these young people had been radicalised by studying abroad and seeing how China was discussed by foreign institutions.

The Flag Wavers have some traits in common with xenophobic populist movements in Europe and the United States. Mirroring anti-establishment rhetoric in the West, these people tend to be vocally anti-liberal and against Western ‘leftism’.

Despite their anti-establishmentarian tendencies, the Flag Wavers’ relationship to the Party is amicable – they have similar goals of putting China firmly at the centre of the world stage – but their fascistic tendencies could be something of a wildcard that the CCP must keep an eye on.

With the clear degradation of Western hegemony since 2008, these individuals see an opportunity for China to supplant the West with a bold economic settlement; they buy into the idea of a ‘China Path’. The complexion of this economic model is unformed, though many of them refer to the ‘Beijing Consensus’ in pointed conflict with the ‘Washington Consensus’. As former Premier Wen Jiabao described it, this would take the form of ‘authoritarian state capitalism’ with a strong central party planning the economy.

Unlike the Party Warriors, this group have a more pragmatic relationship with the CCP. Many of them believe that Xi’s increasingly authoritarian stance guarantees a degree of security that they do not associate with the troubles of the West.

Like the Flag Wavers and the Pathfinders, the Industrialists see a prime position for China in the global order. Their vision of Chinese supremacy is based on the more traditional concept of technological superiority – they think that China leading in the field of industry will put them ahead in everything else. This doesn’t tend to put them at loggerheads with the Party, who more often than not share their goal of putting China at the industrial forefront. Where they differ is on the notion of a political pathway; the Industrialists broadly prize efficiency over any other outcome, making neoliberal economic thought an attractive proposition. Affects like social security make the Industrialists uneasy. They therefore fail to align with the CCP’s goal of integrating market economics with already-existing Chinese socialism.

The defining feature of the Traditionalists is their commitment to longstanding Chinese traditions and thought, and their rejection of Western modernity. The Traditionalists blame many of China’s perceived problems, from the decline of moral values to the destruction of the natural world, on the proliferation of Western culture. They instead fall back on the likes of Confucianism, Buddhism and Taoism to guide their political philosophy. For this reason, as well as their opposition to ‘foreign’ ideologies like capitalism and communism, they are not a particularly popular ideological grouping within the CCP. Some have approved of the Party’s strong-arm leadership, portraying them as the natural successors to imperial rule. 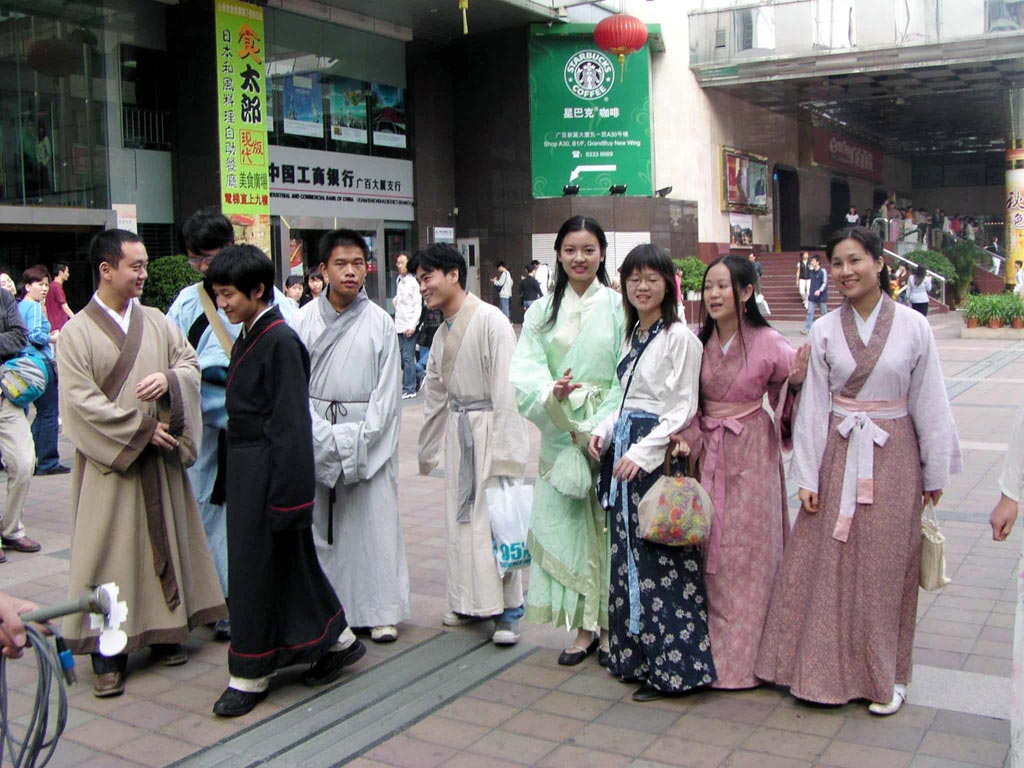 The Chinese Old Left is nostalgic for the Mao regime. They tend to mourn the introduction of capitalism to China and the emergence of a market economy. The Maoist remnants in China blame neoliberal economic policy for unemployment, financial instability and systemic corruption.

The Old Left is something of a problem for the Party. Though they tread carefully around the perceptions of Mao and his legacy, they have clearly moved on to advanced capitalist notions of private enterprise and access to global financial markets. Though they have done little to escape from the trappings and aesthetics of communism, there is little in political economy terms that has been carried over from Mao. The Party even hounded out a prominent neo-Maoist, former Chongqing governor Bo Xilai, on shaky corruption charges, as well as demolishing a locally erected statue of Mao in Henan province.

The Chinese New Left emerged in the mid-1990s in response to the country’s rapidly increasing social and economic inequality. This strain of political thought is not dissimilar to Corbynism or other democratic socialist movements like Latin American ‘21st century socialism’. They advocate ‘social fairness’ over profit, equitable redistribution of wealth and the expansion of workers’ rights, believing the state has a duty to intervene in the economy to prevent gross inequality.
A lot of this group (often academics and students) have spent time abroad, usually in social welfarist countries in Northern Europe and East Asia. Many of them, however, are concerned about the sustainability of the systems they want to emulate abroad, especially those in Europe that are experiencing major political shockwaves.

This group’s political economic leanings are closest to neoliberalism. They believe China should transition into a completely free-market economy, with a smaller role for the state and limited support by state-owned industry. Like Western neoliberals, Chinese free-marketeers believe that the welfare system should be minimal, and the country’s slowing growth and corruption are a result of failing to embrace market forces.

This group, mostly comprised of upper-middle class entrepreneurs, have little support from either the Party or the general population. Though the CCP has embraced some aspects of economic liberalism, most notably free-trade zones, it has been standard for them to oppose neoliberal economics and financialisation, especially since 2008. Among the Chinese people, 74% agreed the free market had too much influence on China. Clearly, any public appetite for West-style neoliberalism has all but dissipated over the last ten years. As one interviewed intellectual put it: “When money becomes an intrinsic value, then there is no way to put the brakes on.”

This ideological grouping calls for the transition of the Chinese state towards a liberal democracy, supporting the expansion of personal liberty, the introduction of multi-party elections and the withdrawal of power from the state. Mostly comprised of middle-aged intellectuals, some of whom active in the Tiananmen Square protests, this group are the most aligned with Western values and pose the biggest threat to the CCP. Clearly showing the limits of the Party’s success, 92% of those surveyed in the study claimed to have a positive view of Europe, 4 points higher than for China itself. Similarly, 75% had a positive view of the United States. Despite the CCP’s attempts to clamp down on these political dissidents (over 200 activists, lawyers and their relatives have been arrested or detained since 2015) it is unclear that Western sympathies will recede any time soon.

Different paths for the future of China

Despite the strong apparatuses of state repression, a plurality of ideological clusters presented themselves in Chinese cyberspace. Some, like the Party Warriors and the Flag Wavers, are far more in-hoc with the Party. Some prefer to honour parts of China’s rich history – especially the Old Left and the Traditionalists. Others prefer to imitate aspects of Western politics, like the Liberals and the New Left.

It will become crucial to China’s national evolution, both domestically and as a grand global power, which path ends up dominating. The country’s trajectory will inform much of world politics in the next few decades, especially as Western forms of governance become more fragile. Developing countries in Africa, Eurasia and Latin America could well be susceptible to an international ‘China Path’, and although the West remains enduringly popular to the Chinese people Xi faces increasingly few immediate threats to power. Unless liberal democracies begin to revitalise their ailing political and economic structures, they will be unable to counter the alluring narrative of a China Dream.

Purchasing power to the people – Could “Covercards” and “Coverdrafts” help heal the Covid crash? 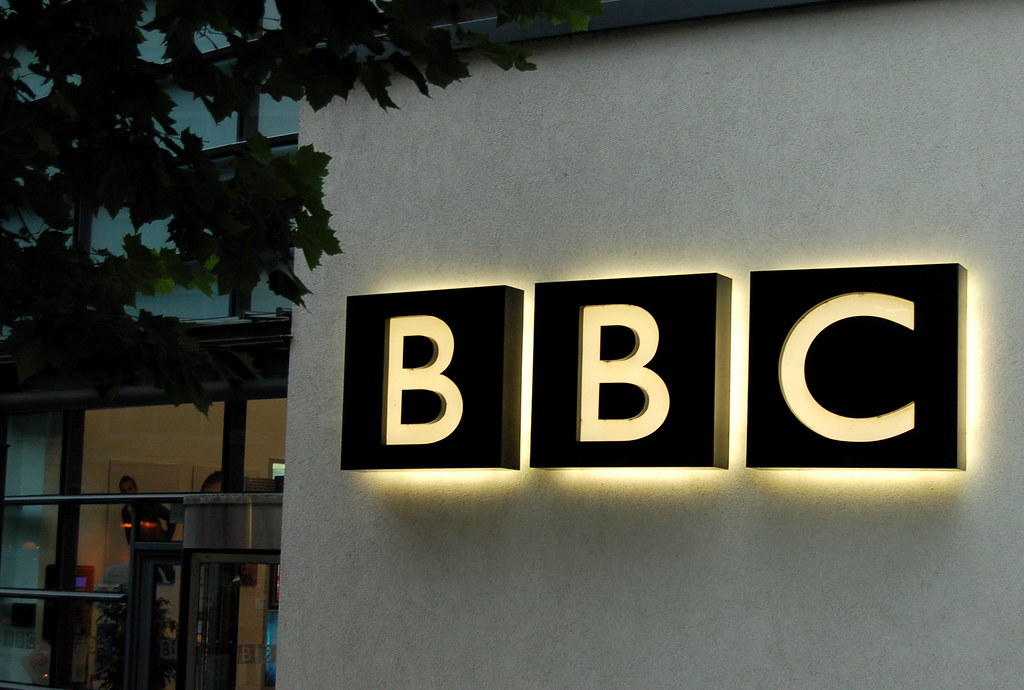 With election day looming in the 2019 General Election, Boris Johnson suggested, in a week in which he… 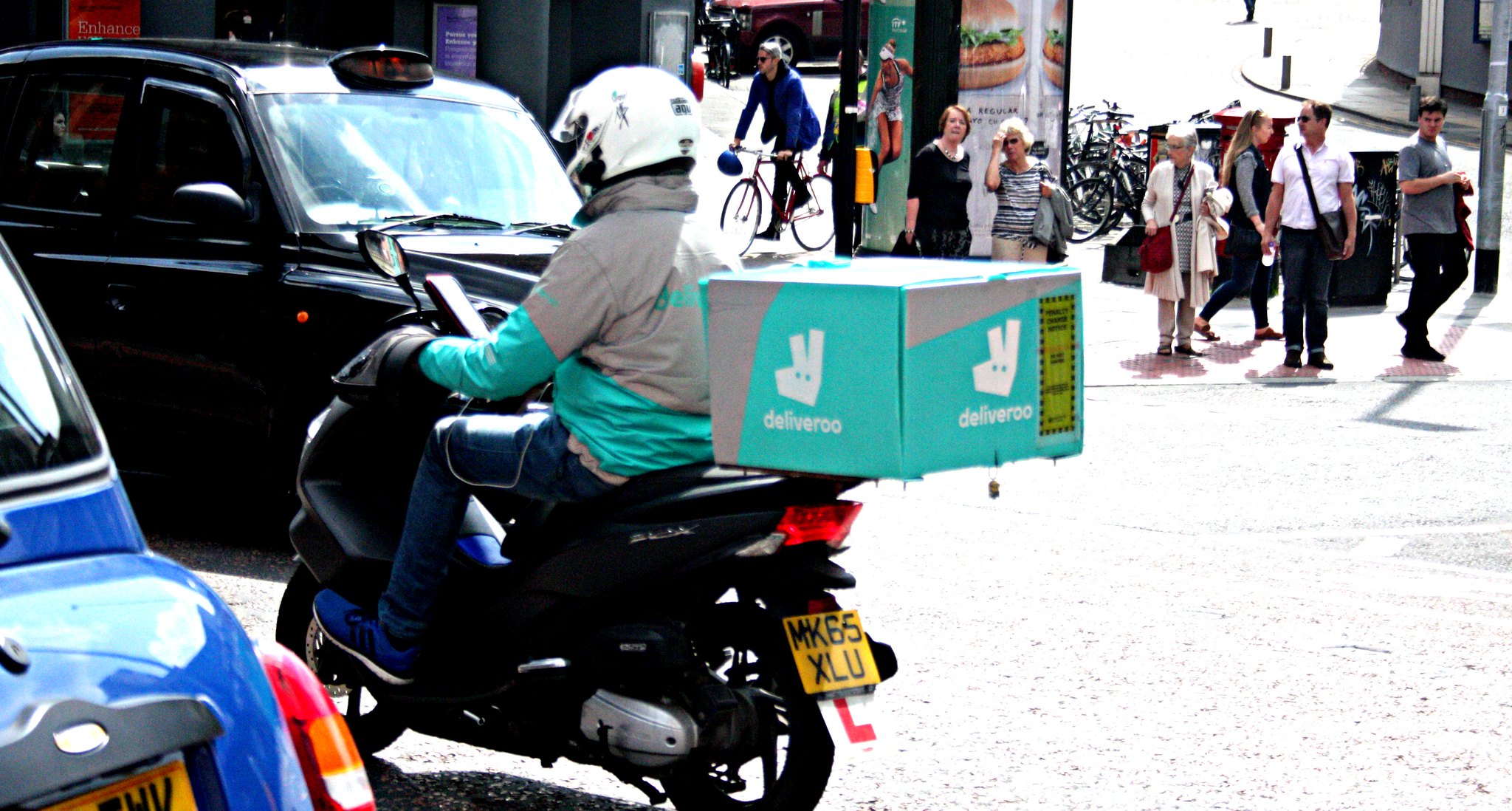 Rapid technological progress has been one of the hallmarks of the 21st century and, it has come to… 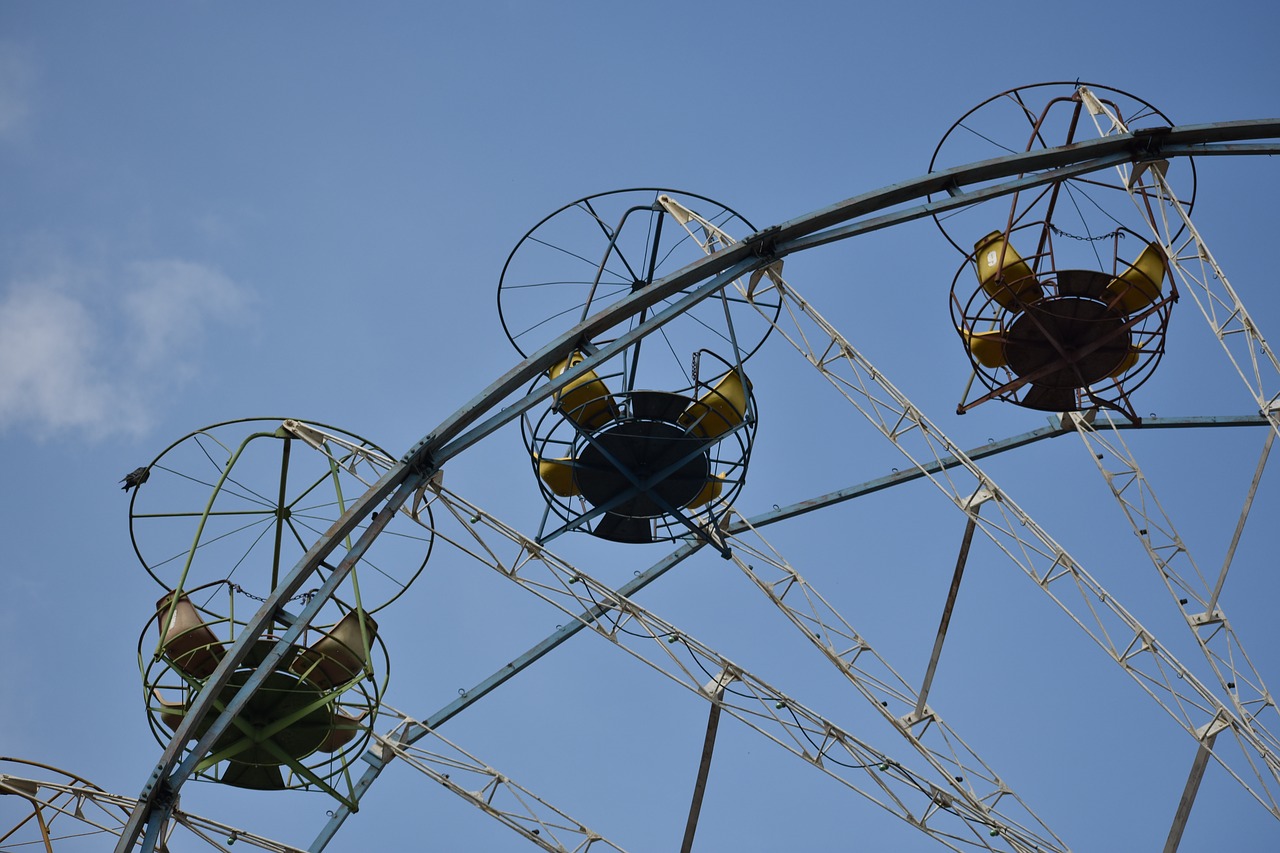