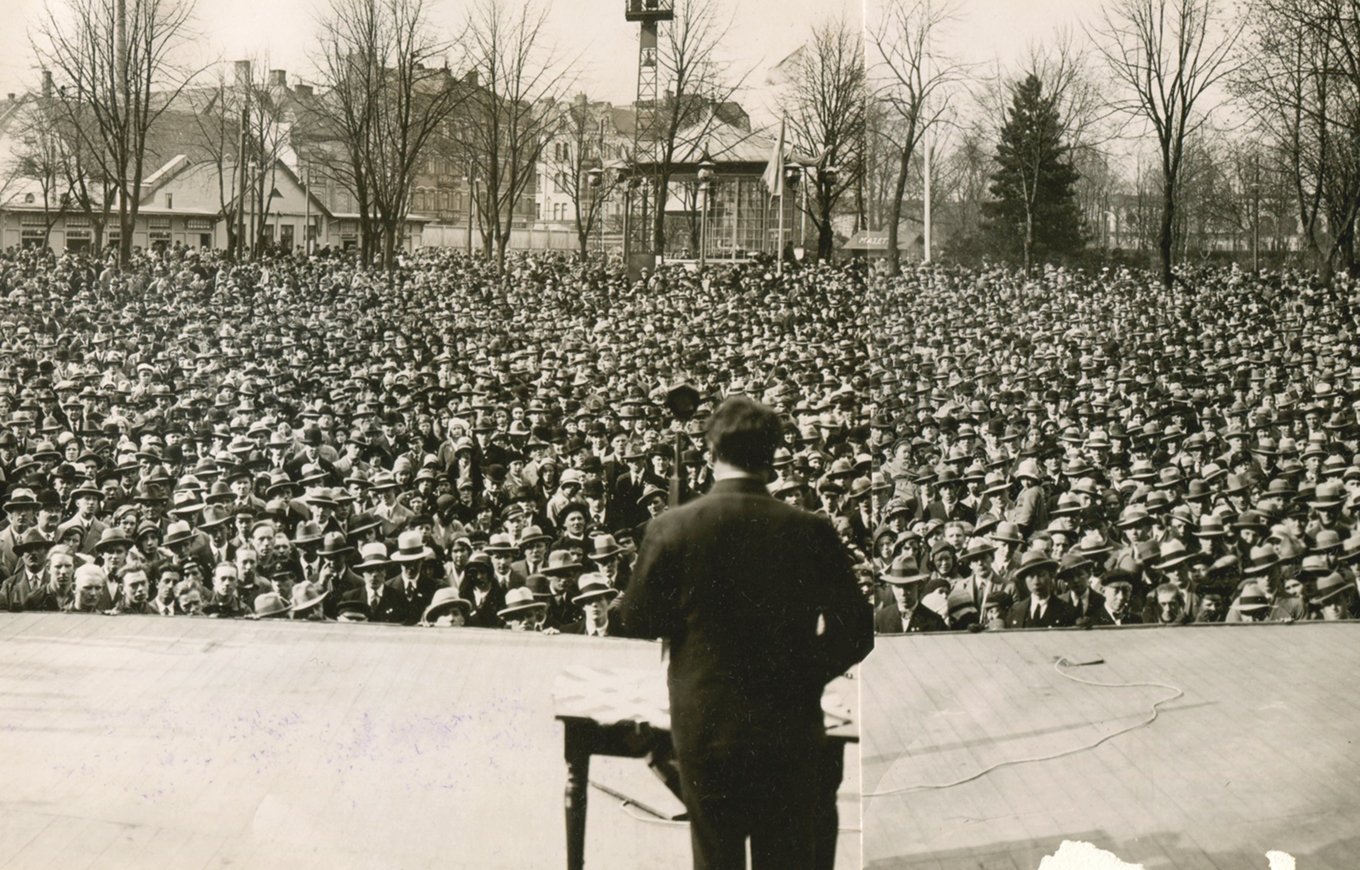 This type of organising could attract masses of ordinary people to join because participation provided tangible benefits. Better pay and cheaper bread were what attracted people to the movement – not book clubs of economic theory. The trust of the masses was won by first helping them help themselves here and now in their everyday life – only after they saw the ideas work for them personally in practice did they become convinced of the wider ideology. When the social democrats first made their breakthrough, most people spent almost all of their income on necessities, mostly housing and food. It was therefore no coincidence that the most successful movement emerged in the two countries where labour affiliated cooperatives most strongly dominated both grocery and housing markets – Norway and Sweden.

The social democratic parties dominated the elections of these countries because voting for the party was just the one way people participated in a wider movement. The typical social democratic party voter was also a member of a union that negotiated higher wages and shorter working weeks. They spent their increasing wages mostly on groceries from a labour movement affiliated cooperative grocery stores and housing cooperative that they co-owned. The increasing spare time was spent on reading newspapers or in sports clubs affiliated with the movement. Ticking a box in the ballot booth every few years was just a small part of an ecosystem of intertwined forms of mass participation that spanned into every area of everyday life of ordinary people.

This model successfully provided affordable housing during a period of rapid urbanisation and population growth when a lot of new housing was being built. However, beginning in the late 1960s, the tenants grew increasingly hostile towards the model. They could see their neighbours who didn’t live in a housing cooperative sell their apartments for a price much higher than they could. Their apartments’ value had grown, yet the price they could sell the apartment was capped. Getting rid of the limited equity model and allowing the sale of the apartments for a market price was a key factor in shifting the tenants from the social democratic parties towards the right-wing parties and stopping the social democratic streak of electoral victories.

Meanwhile, another problem was emerging. Spending power increased and consumption habits became more diversified – people could increasingly afford to buy goods and services other than just necessities. However, the labour movement remained focused on growing the market share of the existing big and old cooperatives in the traditional industries, not starting new ones in industries that were growing and emerging. People could afford to buy vinyl records and go to concerts, but the movement did not establish genre-specific vinyl purchasing cooperatives of fans, studios owned by musicians as worker cooperatives or concert clubs owned by regular customers as consumer cooperatives. The art of organising new cooperatives was abandoned and remains forgotten. In the Wikipedia category “Cooperative Organisers” there are 28 people elected as labour politicians in Western Europe. 21 were born in the 19th century – not one was born after the Second World War.

This wasn’t because there would have not been potential for new forms of cooperatives. The idea that all the good business ideas for new cooperatives would have already been invented is as absurd as the idea that all good business ideas for new conventional businesses would have already been invented. New technology and the growth of white-collar service sector jobs is not an obstacle, but an opportunity. For example, the third largest IT firm in Germany is Datev, a cooperative owned by 40,000 accountants and lawyers that provides software used by one-third of all businesses in the country. However, it was born very much a result of the practical benefits of the cooperative model with little ideological association with the cooperative movement, let alone the labour movement.

Indeed, with the accumulated resources of the well-established unions and cooperatives, the opportunities to foster new ventures is greater than it has ever been. When the labour movement was most engaged in establishing cooperatives, it was done largely by illiterate or barely literate people living in destitute poverty working 12 hours a day. Now the resources both in terms of material and human capital are massive. In Sweden for example the largest insurance company is the consumer-owned cooperative Folksam and the largest private housing provider is the HSB cooperative, both affiliated with the labour movement. These two enterprises alone have massive amounts of capital and other resources, but none of it is utilised to foster new cooperatives.

A historical example of old forms of cooperative organising spurring new ones can be found in Switzerland. In 1948 a Swiss housing cooperative established what is thought as the first car-sharing business in the world. It has now grown into a massive consumer-owned cooperative, the largest car-sharing company in the country where car-sharing is common than anywhere else in the world. A more recent example comes from Canada, where the second most downloaded taxi app in three major cities is the Eva Co-op, which is behind Uber but has overridden Lyft, despite the latter raising $2.3 billion in its initial public listing. Eva has received support from the local credit unions and is a great example of a venture these institutions should be engaged in fostering.

Investing even a minuscule portion of the resources the old giants have accumulated would be enough to trigger a boom in cooperatives. Unite, the largest union in the UK, has recently spent £74 million in building a hotel. Had the money been spent on cooperatives, it would have been enough to make an equivalent of almost half a million-pound investment into every single cooperative founded in the UK in 2019. Even greater potential lies within old cooperative giants – the Nationwide Building Society has over 10 times larger membership than Unite.

This is what the recently launched Members4Cooperation seeks to address. It’s a global network that seeks to organise ordinary members within cooperatives to increase cooperation between cooperatives. The focus is especially on old giants operating in industries where cooperatives are common to foster new cooperative ventures in emerging industries of the future. Joining the organisation is quick and free, and we recommend all our readers to do so here. We have written about the topic here and here.

Alongside the accumulation of resources that the labour movement now has, there are also unprecedented opportunities due to the emergence of global online-based cooperatives that everyone everywhere in the world with an internet connection is only a few clicks away from joining. Global online cooperatives can grow their membership faster and have greater potential membership than any past co-operatives. It also means that the potential number of cooperatives a person can buy goods and services from will grow, as one new global online cooperative means everyone online has a new cooperative to trade with. Spotify has over 140 million subscribers and 25 million artists around the world – no law of the universe would have prevented it from being formed as a multi-stakeholder cooperative owned by listener and musician members. Indeed, Resonate is an example of an enterprise exactly like that, but it emerged entirely independently of the movement’s big and old institutions.

We at Mutual Interest are an example of a global online cooperative. We have been founded by a member of a Finnish and UK labour party and hope to attract people from around the world to join us. Join us and become a founder-member here.