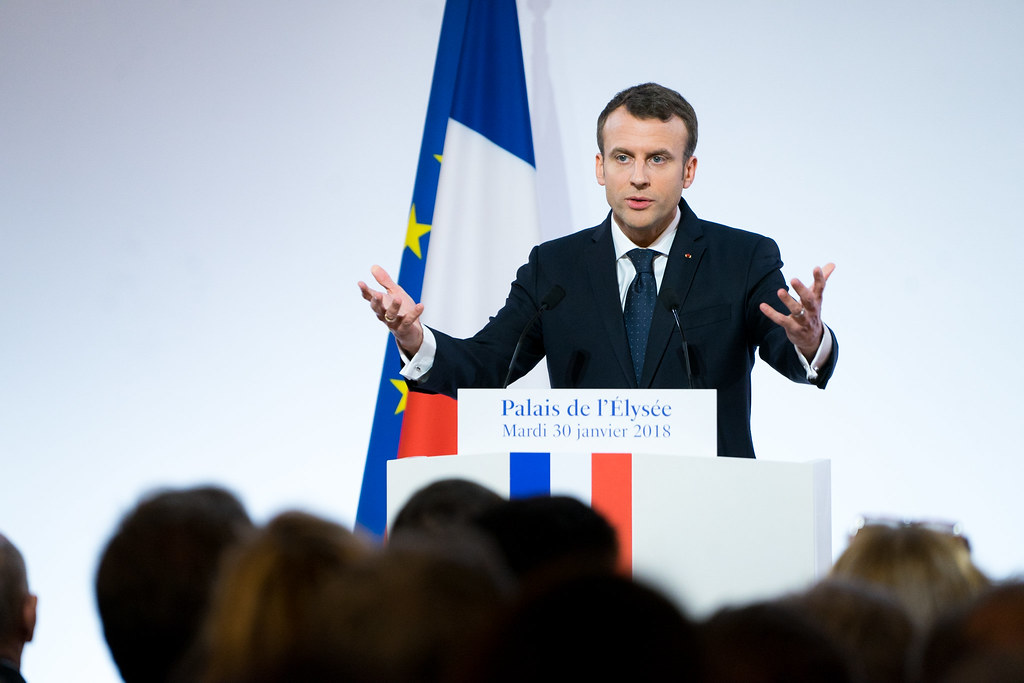 Will COVID 19 cause the EU to shift course?

In his interview with the Financial Times, French President – Emmanuel Macron, has indicated the clearest signal that a new economic dawn for Europe and the Eurozone is on the horizon. He is clearly positioning himself to challenge the neo-liberal orthodoxy that has marred the European project for so long.

Showing a clear divergence from current policy it would seem Macron is proposing immediate new action to help the EU cope with the Corona crisis. His dramatic diplomatic intervention can be interpreted as a call to Europe to once again embrace some elements of Keynesian economics. In the immediate scenario, what he is proposing is financial assistance to Southern European countries, to prevent their bankruptcy.

This, he argues, should be funded by France and her wealthy neighbours. He hints at the fact that such assistance should be made without conditionalities, a clear departure from previous bail-out programmes which have been provided with the idea that recipients will implement neoliberal policy reforms. The message that transcends is a clear warning to the institutions of Europe; the project will not survive another bout of austerity.

There seems to be an understanding among many economists that the finance needs to come through direct liquidity to citizens. Even the Financial Times has published an article arguing for helicopter money, and there has been a massive surge in popularity of policies like universal basic income. Such measures prevent injecting money into the financial system and relying on a trickle-down effect through bank loans, a system which has continually proven to trap money in the stock-market rather than reaching the heart of the economy where it is most needed.

The ECB’s policy response has been to buy government debt, breaking its own purchase ceiling. Whilst, the EU has decided to suspend the growth and stability pact, a neoliberal measure that caps state budget deficits at 3% per annum and debt at 60% of GDP.

As Macron alludes to, however, this is clearly inadequate, and more so, the policy implications mean that countries such as Spain and Greece will once again be caught in a cyclical debt trap, unable to afford their debt and forced into neoliberal reforms as a result. The ECB was heavily criticised following the 2008 financial crash and Macron’s warning is that a 2nd round of austerity will cause countries to turn to populism, eroding the democratic values of Europe.

Beyond the immediate financial assistance, however, Macron’s is implicitly arguing that the European Union must allow more state interventionism into domestic markets. This is a radical divergence from what the free-market ideology that the European project is built upon. By doing so, countries in the South could reform their economies, allowing them to support struggling industries through the crisis.

Macron’s argument is built on the premise that the existing regulations on state-interventionism have been abandoned anyway. He points to the fact that Germany and France have in effect nationalised their salaries, profits and losses of most companies, through the bank loans and furlough schemes that have been put in place to protect the economy while lockdowns are in place. Such measures clearly distort the market, and Macron is arguing that countries on the periphery should be able to use this opportunity to reform their economies and secure them for the future.

Thomas Piketty’s, Capital in the 21st Century, emphasizes the effects that income and wealth inequality have on the quality of democracy, increasing the propensity of voters disaffected with the establishment to rebel and turn to populism. This has been exacerbated in recent years by many of Europe’s nations to opt for policies of fiscal tightening, otherwise referred to as austerity, which, as Wolfgang Munchau has argued when writing for the Financial Times, has been one reason for the increase in extremist politics in Europe.

Dani Rodrik warned as much back in 1997, his economic models revealed the need for governments exposed to globalisation to boost their public spending to compensate and that and reduction in such spending could leave constituents raw to the effects of globalisation that would turn them towards populist parties.

Macron clearly draws on these points above, with his two analogies comparing the international response at the end of the first world war with that of the second. He argued that the war reparations that Germany was made to pay set the path to Hitler, with his populism successful in large part because of the economic misery set on Germany.

Instead, Macron is calling on Europe to propose its own sort of Marshall plan to save the periphery.

Clearly, the policies that Macron is arguing for would need a recalibration of the free-market logic that has infiltrated Europe and her institutions. It would need some sort of compromise that allows for state-interventionism, a clear violation of the existing regulations, such as new spending limits for governments to allow them to make investments that help them improve the competitiveness of their economies.

Finally, it requires Europe to recognise that it needs flexibility, with the recognition of the idea that there are other policy responses available, the uniform neoliberal practise has made Europe too rigid. With a single market as diverse as that of Europe’s with many models of capitalism, it requires Europe to show empathy and a long-term strategy for how the institutions interact in order to secure the future of the European project. If the EU is to save itself from a slow decay it needs to shift away from its current orthodoxy to ensure the economic welfare of its peripheral nations.